An Open Letter to the World Economic Forum Thank you for your achievements over the course of the last 45 years.

Thanks especially for the Water Resources Group initiative, helping to ensure everyone on Earth can have access to sustainable water.

Thanks for giving us interesting news during the quiet month of January each year.

Thanks for allowing movie stars and celebrities to have a voice beyond the screen, tabloid and red carpet.

And thanks for promoting the civilised and humane use of the Dismal Science.

However, speaking of the Dismal Science, that wonderful alternative brand for the term Economics, coined by eloquent Scot – Thomas Carlyle – back in the 19th Century;

I wonder what he would have made of your 2016 report on “The Future of Jobs”?

The report in which you systematically condense everything we know about the future of work, workers and working down to one basic word…

I studied economics, so I know the score…People still laugh out loud when I tell them!

Was there ever so maligned a subject – if you’re right, you’re damned, if you wrong you’re a fool, and if you change opinion – irrespective of new information – you’re a hypocrite.

At least in the eyes of the general public.

But, World Economic Forum, have you ever stopped to wonder why people are so suspicious of the Dismal Science?

Maybe it’s because of the way in which it is presented.

Take your Future of Jobs report. In the executive summary amounting to 9 pages of text and a few charts, you use the word Disrupt or a form of that word,

In fact, so filled with disrupt, disruption and disruptive is your report as to render it virtually unreadable. See what I mean?

If the future of working for the human race revolves around the word Disrupt, can you please explain this diagram from Oxfam International 2014? Not a lot of disruption in there is there. Competition, consumerism, branding, brand expansion, the list goes on. But disruption? I don’t think so.

I’ve got another word for you…

If the future hinges on disrupt then I look forward to the flying pigs. Not to mention the Economic derivatives of disrupt – disruptification, disruptacular, disrupterrorism, disrupterminal. The list goes on, and on…

You’re too late…disrupt has been a tired buzzword for several years now.

Perhaps it’s time for a rebrand… 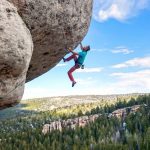